Our facial coding is built on FACS developed by Paul Ekman.

The Facial Action Coding System (FACS) was developed by Paul Ekman to categorise human facial movements. It works as an automated computer system which can categorise human emotions according to changes or movements of the face. Facial expressions are broken down into the individual Action Units that make up a specific expression over time. The output of your collected audience emotions are aggregated and displayed within the dashboard as six basic emotion metrics and three proprietry metrics for measuring the emotional experience. 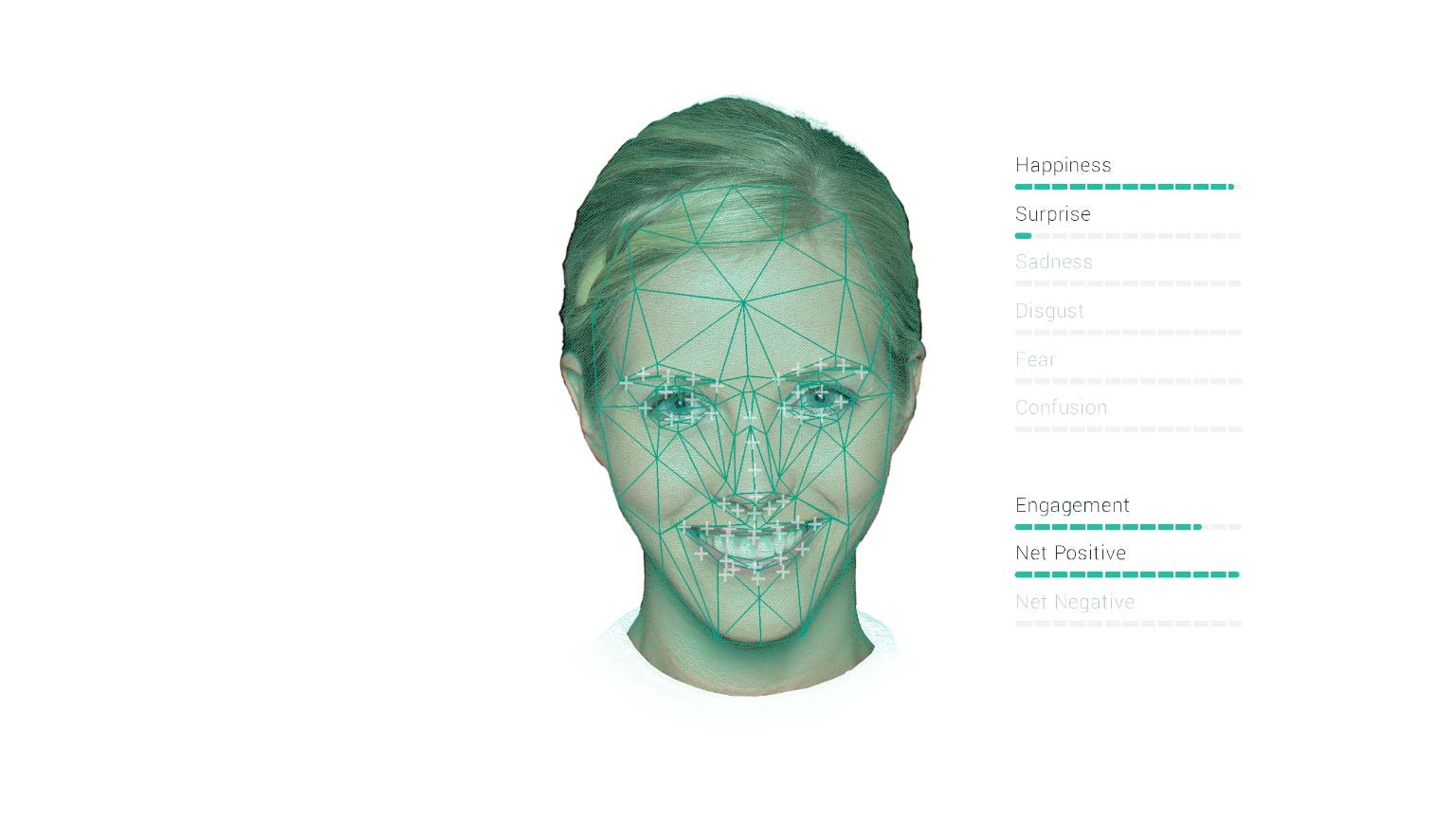 Happiness is one of the six basic emotions, and synonymous with a smile. It consists the following action units: AU 6+12, which indicate the cheeks raising and the corners of the mouth pulling up respectively.

One of the six basic emotions, and synonymous with a 'shocked' expression - raised eyebrows, eyes wide, mouth open. It consists of the following action units: AU 1+2+5B+26, which indicate a combination of a raising of the eyebrows, a slight raising of the eyelids and the jaw dropping.

Confusion is synonymous with a lowering of the brows. It consists of the following action units: AU 4+5+7+23, which indicate a combination of brow lowering, raising and narrowing of the eyelids, and tightening of the lips. 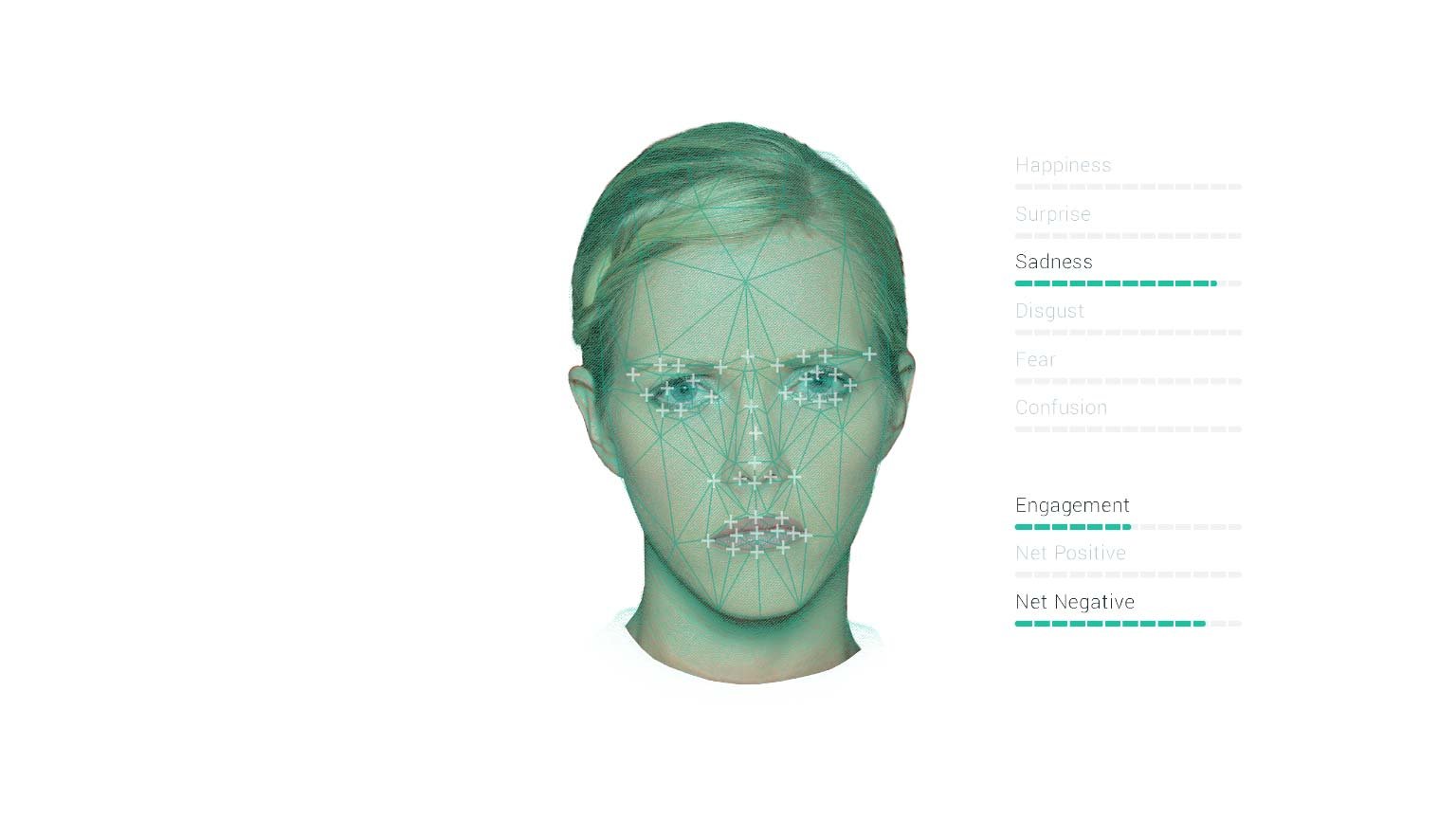 One of the six basic emotions, and synonymous with the classic downturned mouth. It consists of the following action units: AU 1+4+15, which is lowered brows but upturned at the inner ends, and the depression of the lips. 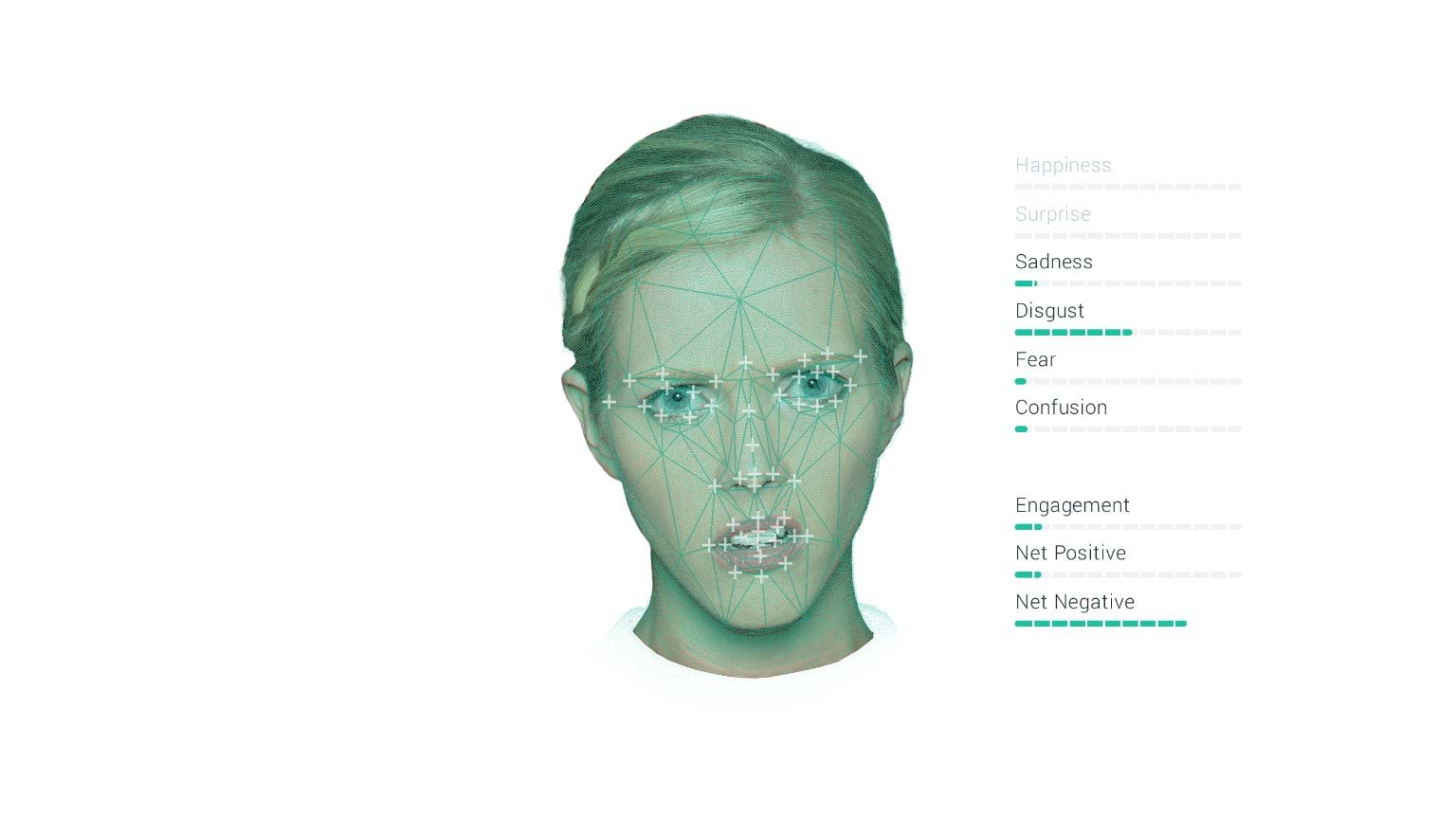 One of the six basic emotions, and synonymous with an expression of distaste. It consists of the following action units: AU 9+15+16, which indicate nose wrinkling, and the downturn of the lower lip and the corners of the mouth. 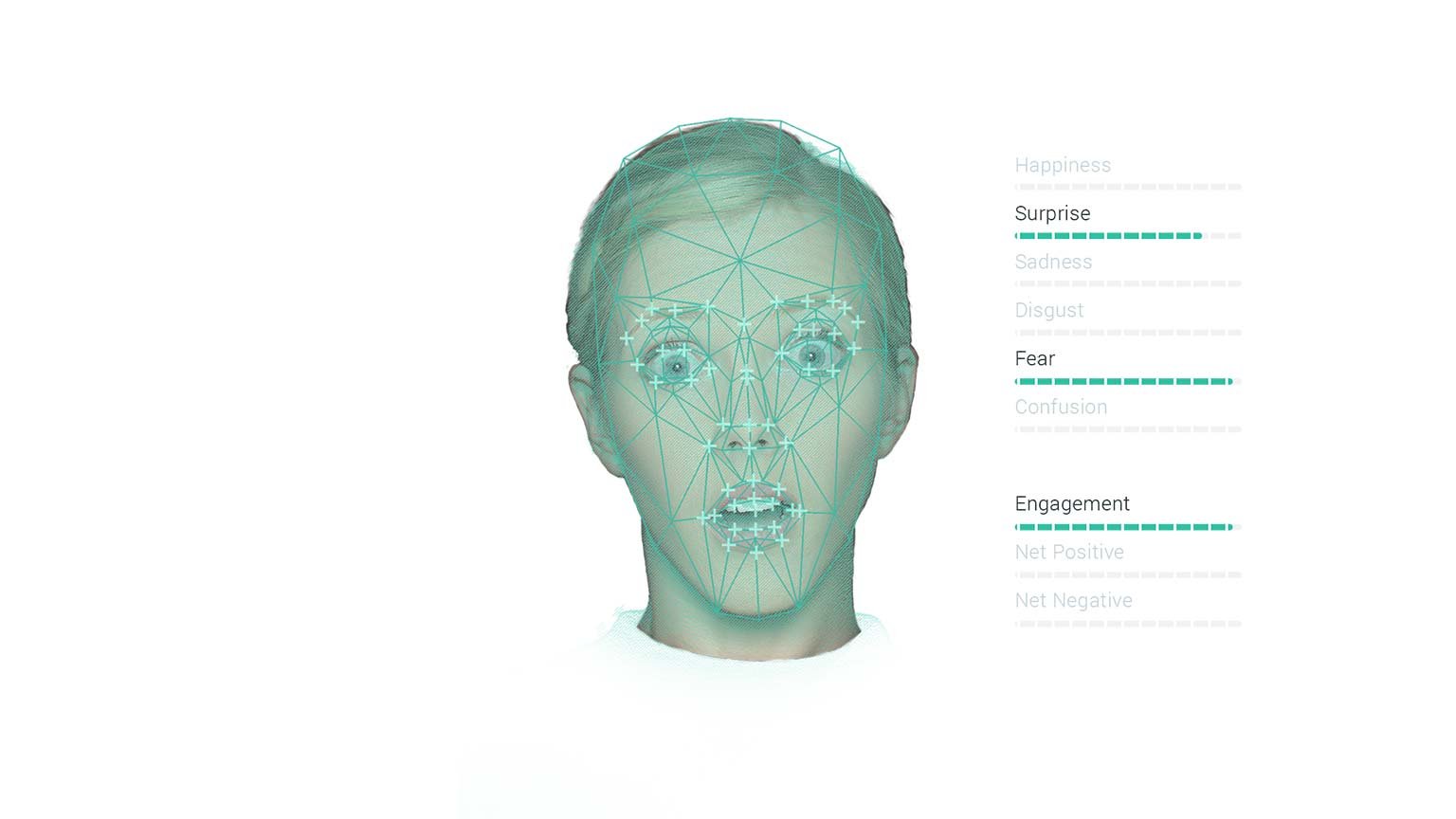 One of the six basic emotions, and synonymous with fear. It consists of the following action units: AU 1+2+4+5+20+26, which indicate the eyebrows raising or lowering, the corners of the lids raising, the lips stretching and the jaw dropping.

Going Beyond The Basic Six

In addition to our emotion metrics, we also track a variety of proprietary metrics. These have been derived through our own research, and can be used in conjunction with basic emotions classifiers to gain deeper insights into the content tested.

When a participant has an expressive reaction to a stimulus, they are said to be ‘emotionally engaged’. It represents the % of participants who showed any reaction - either during a particular second (second-by-second as seen on the site charts) or at any point during the test (top-line figures). This includes but is not limited to displaying any of the six basic emotions.

A proprietary metric to demonstrate how positive or negative a reaction is. It is, essentially Positive emotions minus Negative emotions, and is calculated using specifically trained Positive and Negative classifiers in the Realeyes facial coding software. These additional classifiers help to elucidate the emotional “tenor” of the viewing experience.

The percentage of people showing an emotion classified as negative either during a particular second (second-by-second as seen on the dashboard charts) or at any point during the test (topline figures). This is not merely the sum of emotions such as Disgust, Sadness, and Scared, but uses specifically trained ‘Negative’ classifiers.

An EmotionAll® Score gives you an instant snapshot of your video's performance, enabling you to predict social media activity, influence media distribution decisions and inform your campaign strategy wherever you are in your campaign's lifecycle. 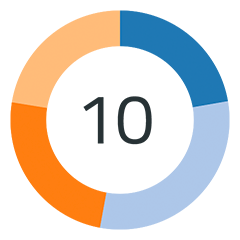 The 1 to 10 score is based on the composite of four metrics:

Download our white paper which covers the science behind our facial coding technology in greater depth.